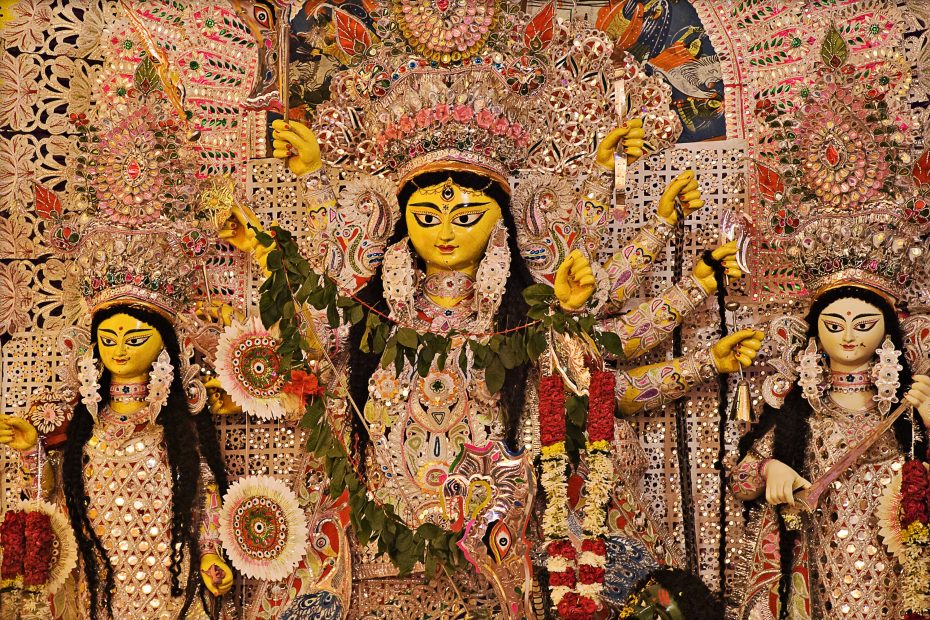 Durga Puja is celebrated during the end of Navaratri and Dussehra. It begins on Shasthi and concludes on Dashami, when the Durga idols are carried out in grand procession and immersed in the river or other water bodies. The dates are determined according to the lunar cycle of the moon.

Another notable date, before the start of Durga Puja, is Mahalaya. On this day, Goddess Durga is invited to come to Earth, and the eyes are drawn on the idols of the goddess. Mahalaya is normally observed about a week before Durga Puja. However, in 2020, it falls on September 17 — an unprecedented 35 days before the start of the festival. This is due to a rare astrological phenomenon known as mala mash, which is a lunar month with two new moons. It’s regarded as inauspicious to perform religious rites and rituals during such a month.

The main celebrations occur across five consecutive days: Shasthi, Saptami, Ashtami, Navami, and Dashami. The dates as per the Bengali calendar are as follows.

Visiting Kolkata during Durga Puja? Check out these Top Ways to Experience Durga Puja in Kolkata, and 10 Famous Durga Puja Pandals in Kolkata.