Ram temple’s construction at Ayodhya may begin on Ram Navami 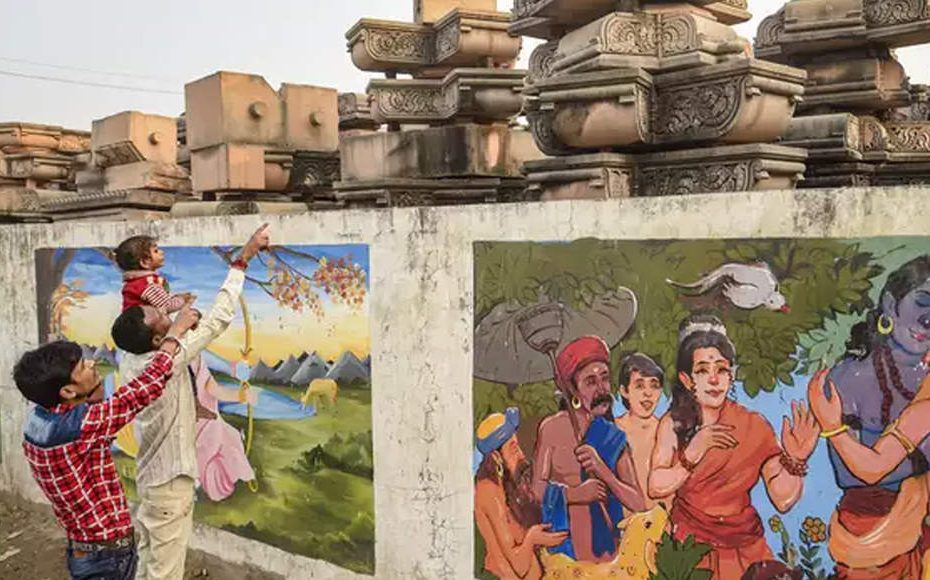 LUCKNOW: The start of the Ram temple’s construction at

may be marked by a special event on Ram Navami, which falls on April 2 next year, said people with knowledge of the matter. That timeline will chime with the Supreme Court’s November 9 order to set up a trust in three months for the temple’s construction.

It’s not clear if this will be a shilanyas, or laying of the foundation stone, as such a ceremony was held in 1989. Ram Navami is Lord Ram’s birthday.

The temple could take two-three years to complete, government sources told ET. The Uttar Pradesh chief minister’s office has asked the Ayodhya district magistrate to look for three-four sites that the

could be offered to build mosque at a “suitable prominent place”, said one of the persons. The Supreme Court in its verdict said five acres should be given for this purpose.

The handing over of the disputed 2.77 acres to the proposed trust and the 5-acre plot to the board should be done “simultaneously”, the apex court has said. The board said it will decide later this month on whether to accept the offer and, if so, the location of the site.

The Ram Mandir trust may be based on those for other major temples such as the Somnath temple, the Amarnath Shrine Board or Mata Vaishno Devi Shrine Board, said the people. 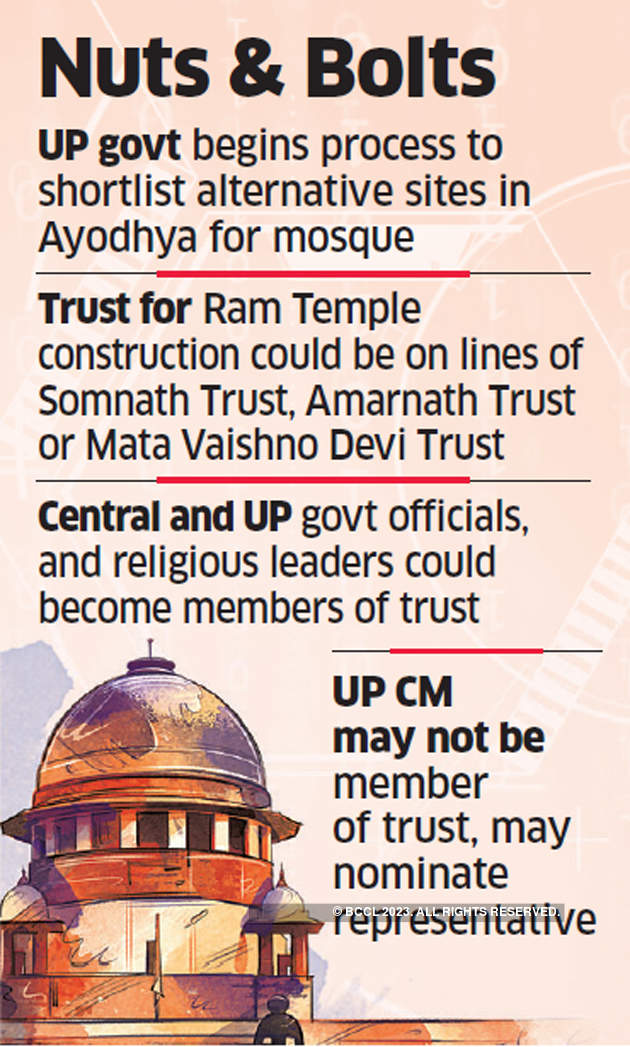 The Centre will also give about 62.23 acres acquired by it around the disputed site to the proposed trust. Since about 43 acres of this was acquired from the

, a representative of the latter is expected to be a part of the proposed trust.

The Nyas had not accepted any compensation from the government for the land during the acquisition. The rest of the 20 acres had been owned by a number of organisations such as Manas Bhawan, Sankat Mochan Mandir, Katha Mandap and Janki Mahal. The Centre had approached the Supreme Court in January with a petition asking for permission to return this 62.23 acres to “its original owners”, but the Nyas and all other parties are now expected to donate their land for the construction of Ram temple and associated infrastructure.

The Nyas also has nearly 180,000 stone slabs ready for construction of the temple that it could hand over to the proposed trust. Chief minister

may not choose to be a member of the proposed trust since he heads the executive and may instead nominate a state minister or senior bureaucrat, a senior political functionary told ET. He may also resign as a member of the Nyas, the person said.

The Supreme Court ruled Saturday that the land will go to the Hindu litigants and that the Muslims will be given a 5-acre site to build a mosque elsewhere, bringing the longstanding Ayodhya dispute to a close.

Commenting feature is disabled in your country/region.