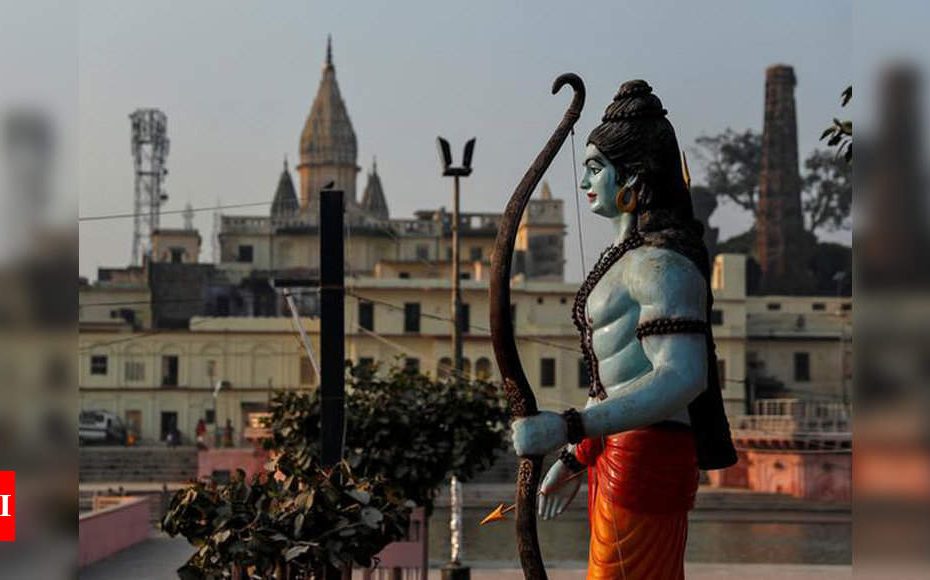 NEW DELHI: The home ministry is likely to announce within a week the constitution of a trust for construction of a

along with the offer of land for a mosque in Uttar Pradesh’s temple town as mandated by the Supreme Court verdict on the Ram Janmabhoomi-Babri Masjid issue, officials said on Tuesday.

Waqf Board. The entire proposal will be put before the Union Cabinet for its approval.

The announcement of the trust’s constitution as well as the offer of a 5-acre plot for the mosque will be made soon after the Union Cabinet’s approval, probably within a week, an official privy to the development said.

The UP Sunni Waqf Board will be offered three plots of land so that it can choose a suitable one, the official said.

In its verdict on November 9, the Supreme Court had paved the way for the construction of a Ram temple by a trust at the disputed site at Ayodhya, and directed the Centre to allot an alternative 5-acre plot to the Sunni Waqf Board for building a new mosque at a “prominent” place in the holy town in Uttar Pradesh.

The apex court had said the trust should be formed within three months for the construction of the temple at the site where many Hindus believe Lord Ram was born.

As per the Supreme Court judgment in the Ram Janmabhoomi-Babri Masjid matter, the central government has been directed to formulate a scheme with necessary provisions for the setting up of the trust with a board of trustees or any other appropriate body, the functioning of the trust, the powers of the trustees, transfer of land to the trust and all necessary, incidental and supplemental matters.

All these matters will be put before the Union Cabinet so that a final decision can be taken, another official said.

All matters concerning Ayodhya and related court judgments are being handled by a dedicated desk set up in the Union Home Ministry.

The desk is handled by three officers, headed by Additional Secretary Gynesh Kumar, the official said.