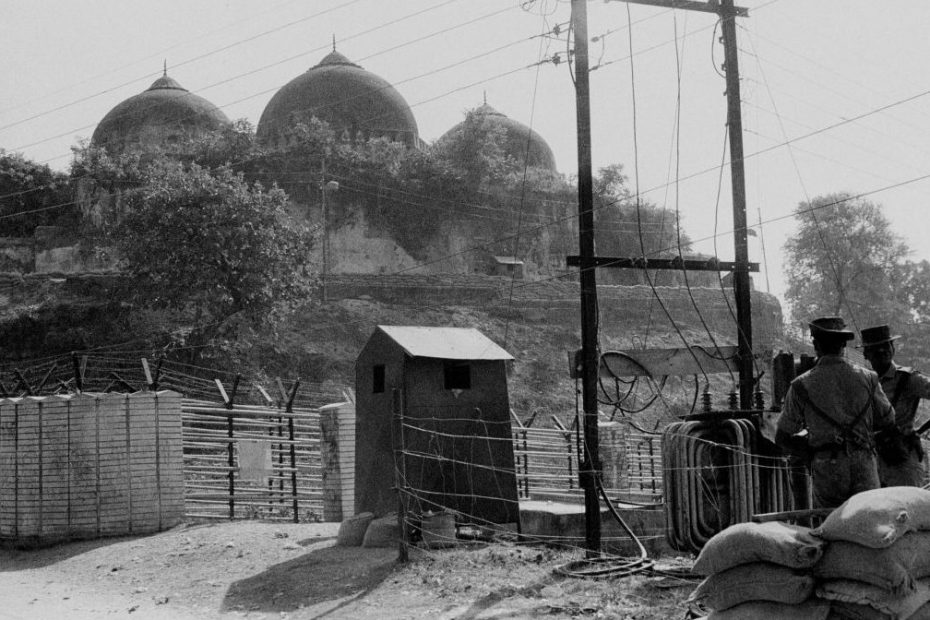 New Delhi: The construction of the Ram temple on the graves of Muslims will be a violation of ‘Sanatan Dharma’, said advocate M.R. Shamshad, who represented the Muslim side in the Ayodhya title dispute case, in a letter to the temple trust.

The letter, which was sent on 15 February, said a graveyard exists around the demolished Babri Masjid and that Muslims, who lost their lives in the 1885 riots in Ayodhya, were buried there.

“As per recorded facts, 75 Muslims were killed in the riots of 1885 and they were buried in an existing graveyard around the mosque. Even thereafter, this land was used as a graveyard,” the letter stated.

Talking to ThePrint, Shamshad asked what will happen to the graveyard if the temple is constructed over it. “The fact is that about 5 acre of this 67-acre land is a graveyard.”

“When the acquisition had taken place (in 1993), the plan was to build a temple, mosque, library — everything within this 67 acre. Not to simply oust the mosque,” he added.

Shamshad, who was representing Iqbal Ansari, one of the Muslim litigants in the title dispute case, wrote the letter on behalf of multiple Ayodhya residents.

“The central government has not considered the issue (of) not using the graveyard of Muslims for constructing the grand temple of lord Ram. It has violated ‘dharma’,” the letter stated.

“While deciding the 1,480 sq yard dispute in November 2019, the Supreme Court left the central government with all the powers to dispose the said land the way it wanted,” the letter said.

“By exercise of that discretionary power, as expected, the central government has completely ousted the claim of Muslims in the 67 acres of land,” it added.

The SC, in its Ayodhya verdict, had said that either the central government allots five acres in the 67-acre complex or the state government locate an alternate site at a “suitable prominent place” for the construction of the mosque.

Many Muslim leaders were unhappy with the government deciding to use the entire 67-acre for the temple, and allotting an alternative land elsewhere for the mosque.

What else the letter said

Addressed to senior SC lawyer K. Parasaran, who is heading the trust, as well as the other trustees, the letter asked them to consider whether it is acceptable to have a Ram temple over the graves of Muslims.

“Now you all trustees are persons of eminence in contemporary India and have the best knowledge and experience in the field of Hindu/Sanatan religion and practice. In view of religious scriptures of Sanatan Dharma you need to consider whether the temple of Lord Ram Janmsthan can have foundation on the graves of Muslims? This is a decision that the management of the Trust has to take, ” the letter said.

“With all humility and respect to Lord Ram, I request you not to use the land of about 4-5 acres in which the graves of Muslims are there around the demolished mosque. The graves may not be visible today considering the fact that the entire area has been differently treated with since 1948 when forcibly an idol of lord Ram was placed inside the mosque and when in 1992 the mosque was demolished,” it added.

The letter also refers to the Ismail Faruqui verdict of 1994, which had said that the “disputed structure was surrounded by a graveyard on three sides”.

Referring to the judgement, the letter said, “After the 1994 judgement of the SC in the Ismail Faruqui case, the dispute between masjid and Ram temple remained confined to 1,480 sq yards”.

The letter also referred to the Acquisition of Certain Area at Ayodhya Act (1993), saying that the exclusion of mosque from the land is “uncalled for”.

“The Act of 1993 of central government, while acquiring 67 acres of land, was not to exclude Muslims from the said land. The object sought to achieve through the Act was also to construct a ‘mosque’,” it said.

Also read: ‘It’s an insult’ — Ayodhya saints upset at being left out of Ram temple trust

ThePrint is now on Telegram. For the best reports & opinion on politics, governance and more, subscribe to ThePrint on Telegram.