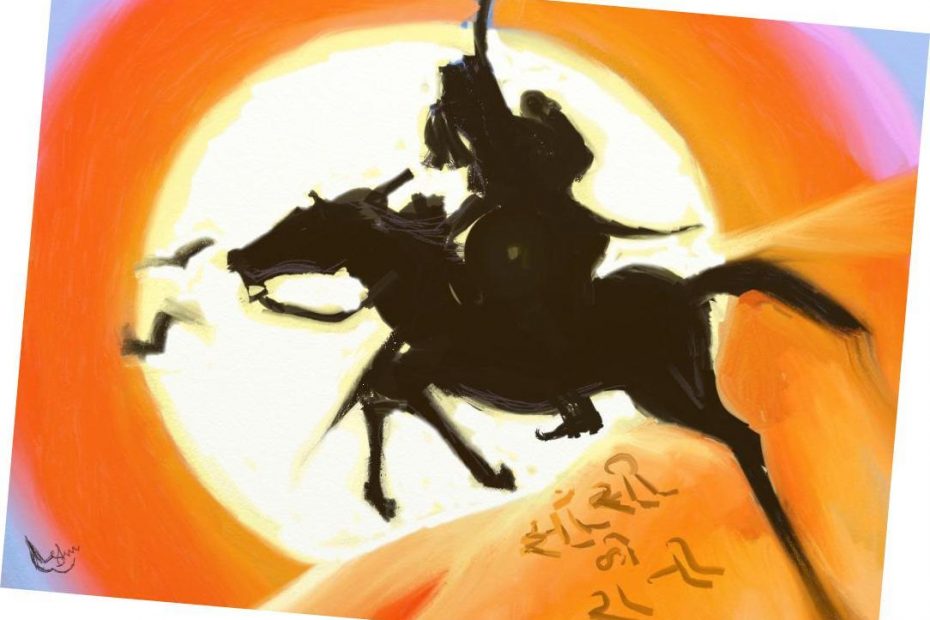 Continuing our evaluation of Manu Smriti, let us now review the third allegation on Manu Smriti – that Manu Smriti is grossly anti-women and denigrates the Matri Shakti (motherly force).

We have already discussed how Manu Smriti has been grossly interpolated. However it is very easy to identify the fraud verses and separate them from the original Manu Smriti.

If we review this original Manu Smriti, one can proudly assert that there is perhaps no other text in world (except Vedas of course!) that accords so much of respect and rights to women. Even the modern feminist books would have to seek further amendments to match up to Manu Smriti.

I am yet to read a text that so unambiguously proclaims that women form the foundation of a prosperous society.

3.56. The society that provides respect and dignity to women flourishes with nobility and prosperity. And a society that does not put women on such a high pedestal has to face miseries and failures regardless of howsomuch noble deeds they perform otherwise.

This is not merely a flattery of womenfolk. It is a truth – very harsh for those who denigrate women and the sweetest nectar for those who glorify the motherly force. This law of nature is applicable to a family, society, cult, nation or entire humanity.

We became slaves despite all our greatness because we neglected this advice of Maharshi Manu. We did not heed to this advice for centuries even after invasions, and hence our situation turned from bad to worse. In late nineteenth century, thanks to efforts of reformers like Raja Ram Mohun Roy, Ishwar Chandra Vidyasagar and Swami Dayanand Saraswati, we started considering the Vedic message seriously and hence observed a gradual upturn.

Many conservative Muslim countries of today consider women as half-intelligent and unworthy of equal rights at par with men. Hence these places are worse than hell. Europe followed the derogatory Biblical concept of women for ages and hence was among most superstitious places in world. Then, thanks to reformation era, things changed and Bible ceased to be taken seriously. As a result rapid progress happened. But now women is typically stereotyped as a sensual object of pleasure and not as a respectful motherly force. And hence, despite all the material progress, Western world is still inflicted with insecurity and lack of inner peace.

Lets review some more shlokas from Manu Smriti and attempt to imbibe them in our society:

3.55. A father, brother, husband or brother-in-law should keep their daughter, sister, wife or sister-in-law happy and pleased through gentle words, respectful behavior, gifts etc. Those who desire prosperity should ensure that women in their family are always happy and do not face miseries.

3.58. A family- where women feel insulted or discriminated against and curse their menfolk- is destroyed in same manner as poison kills all those who eat it.

3.59. One desiring glory should ensure that he keeps women in the family by giving them respect and pleasing them with good ornaments, dresses, food. Women should always be revered under all circumstances.

3.62. A person who does not keep her wife happy causes misery for entire family. And if wife is happy, entire family appears as happiness incarnate.

9.26. Women give birth to next generation. They enlighten the home. They bring fortune and bliss. Hence women are synonymous to Prosperity.

This shloka forms the basis of women being called Ghar ki Laxmi or ‘Goddess of Fortune in Home‘ in India even till today.

9.28. Woman is the source of all kinds of happiness in all generations – be it from children, or from noble benevolent deeds or through conjugal bliss or through service of elders.

9.96. Man and Woman are incomplete without each other. Hence the most ordinary religious duty would demand participation of both.

Thus, those who deny Vedas or Vedic rituals to women are anti-Hindu and anti-Humanity.

4.180. A wise man should not indulge in fights and arguments with his family members including mother, daughter and wife.

Polygamy is a sin

9.101. Husband and Wife should remain together till death. They should not approach any other partner, nor commit adultery. This, in summary, is the Dharma or religion of all human beings.

Thus those societies which justify polygamy or sex-slavery or temporary marriage are bound to suffer miseries because they neglect the core tenet of Dharma.

9.11. Women should be provided autonomy and leadership in managing the finances, maintaining hygiene, spiritual and religious activities, nutrition and overall management of home.

The shloka clearly puts aside false claims that women do not have right to conduct religious rituals of Vedas. On contrary, women should lead such rituals. Thus all those people who suggest that women do not have right to study or practice Vedas are against Manu and Vedas. Such bigoted people are the cause for misery of the nation. We should simply not tolerate such mindsets that demean women.

9.12. A woman who is kept constrained in a home by noble men (husband, father, son) is still insecure. Thus it is futile to restrict women. Security of women would come only through her own capabilities and mindset.

This shloka explains the futility to attempting to restrict a woman to home in name of providing her security. On contrary, to secure her, she should be given the right training so that she can defend herself and avoid getting misled by bad company. The prevailing notion of cornering women within a small home is against Manu’s ideology.

9.6. Even a weak husband should attempt to protect his wife.

9.5 Women should keep themselves away from vices. Because when women lose character, the entire society is destroyed.

5.149. A woman should always ensure that she is protected. It is duty of father, husband and son to protect her.

Please note that this protection does not imply restriction as clear from verse 9.12 cited in previous section. But a society that does not protect its womenfolk from attacks of perverts writes its own destiny of doom.

It is because of this inspiration that many a brave warriors laid their lives to protect the dignity of their women when butchers from West and Central Asia invaded our nation. The sacrifices of Alha-Udal and valor of Maharana Pratap brings a gush of glory in our blood.

Its a shame that despite such a chivalrous foundation of our culture, we have women either oppressed in backyard of homes or commoditized as sensual-items instigating lust. When we ourselves have turned invaders instead of protectors of dignity of women, who can help us!

9.89. It is better to keep the daughter unmarried than force her to marry an undeserving person.

9.90-91. A woman can choose her own husband after attaining maturity. If her parents are unable to choose a deserving groom, she can herself choose her husband.

Thus the concept of parents deciding the groom for their daughter is against Manu. A mature daughter has full rights to choose her husband. Parents act as facilitators for the marriage and not final decision makers, as wrongly practiced in many societies.

9.130. A daughter is equivalent to a son. In her presence, how can any one snatch away her right over the property.

9.131. A daughter alone has the right over personal property of her mother.

Thus, as per Manu, while daughter has equal share as her brothers over property of her father, she has exclusive rights over property of her mother. The reason for this special treatment of women is to ensure that women are never at mercy of anyone. After all happy dignified women form the foundation of a happy society!

To further ensure safety of women, Manu recommended harsh punishments for those who rob away wealth of a woman, even if they are her relatives.

8.28-29. If a woman is alone because she has no children, or no men to provide for her security in her family, or is widow, or whose husband has gone abroad, or who is unwell, then it is duty of the government to ensure her safety and security. If her wealth is robbed by her relatives or friends, then the government should provide strict punishment to the culprits and have her wealth returned back.

3.52. Those relatives who rob away or thrive on wealth, property, vehicles or dresses of a woman or her family are wiliest of people.

Thus any kind of dowry is a strict NO NO as per Manu Smriti. No one should dare attempt to take away the property of a woman.

The next shloka takes this concept further and states that even slightest exchange of tangible items amounts to sale/purchase and hence against principles of noble marriage. In fact Manu Smriti suggests that a marriage along with dowry is marriage of ‘Devils’ or Asuri Vivah.

8.323. Those who abduct women should be given death sentence.

9.232. Those who kill women, children or scholarly virtuous people should be given strictest punishment.

8.352. Those who rape or molest women or incite them into adultery should be given harshest punishment that creates fear among others to even think of such a crime.

We are in agreement with such a law.

8. 275. One should be punished if he puts false allegations or demeans mother, wife or daughter.

8.389. Those who abandon their mother, father, wife or children without any reasonable reason should face severe punishments.

The concept of Ladies First seems to originate from Manu Smriti.

2.138. A man in a vehicle should give way to the following – aged person, diseased person, one carrying burden, groom, king, student and a woman.

3.114. One should feed the following even before feeding the guests – newly married women, girls, and pregnant women.

May we all work together to implement this true Manuvaad by showering respect and ensuring dignity of the motherly force. How else can prosperity be restored in the society, nation and world?

This post is also available in Hindi at http://agniveer.com/manu-smriti-and-women-hi/

This post is also available in Gujarati at http://agniveer.com/manu-smriti-and-women-gu/

Liked the post? Make a contribution and help revive Dharma.

Disclaimer: We believe in “Vasudhaiv Kutumbakam” (entire humanity is my own family). “Love all, hate none” is one of our slogans. Striving for world peace is one of our objectives. For us, entire humanity is one single family without any artificial discrimination on basis of caste, gender, region and religion. By Quran and Hadiths, we do not refer to their original meanings. We only refer to interpretations made by fanatics and terrorists to justify their kill and rape. We highly respect the original Quran, Hadiths and their creators. We also respect Muslim heroes like APJ Abdul Kalam who are our role models. Our fight is against those who misinterpret them and malign Islam by associating it with terrorism. For example, Mughals, ISIS, Al Qaeda, and every other person who justifies sex-slavery, rape of daughter-in-law and other heinous acts. Please read Full Disclaimer.