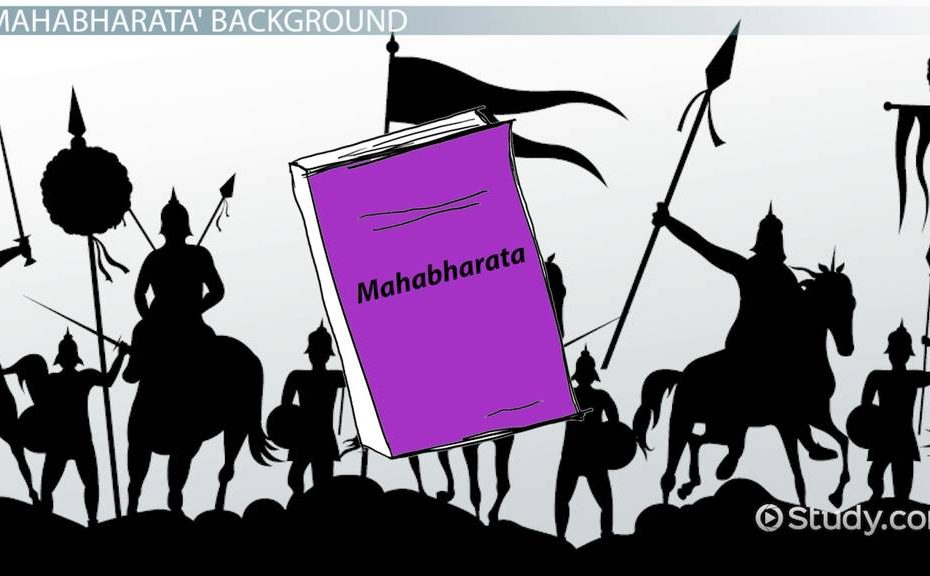 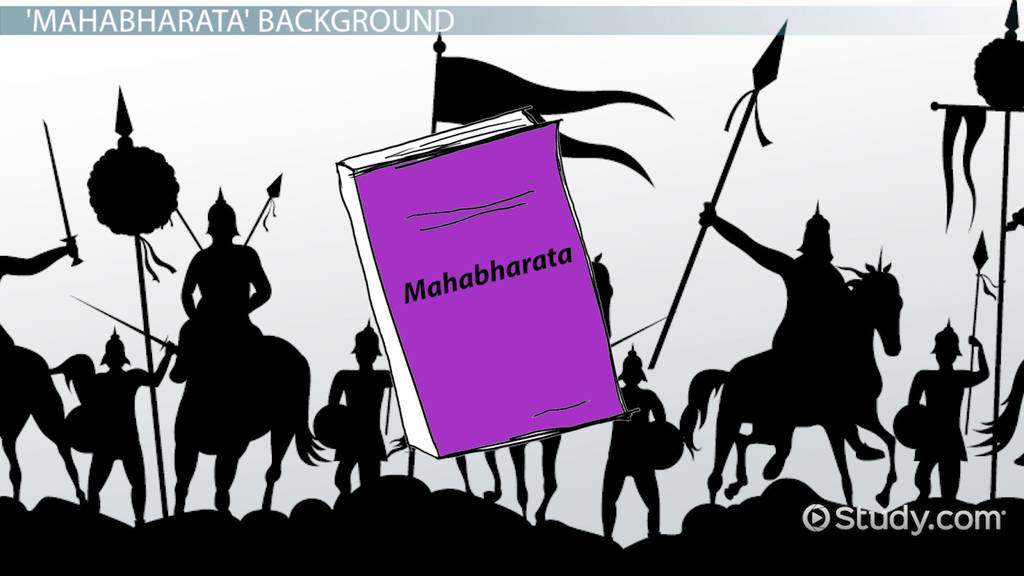 ‘Mahabharata’ is an epic tale that combines war, religion, philosophy, and Hindu history. In this lesson, you’ll learn more about the writing’s central story and get a brief introduction to some of the key characters.

Looking for an epic read that’s roughly 12 times the size of the Bible? Then, Mahabharata might be the book for you. Sometimes referred to as the Hindu Bible, Mahabharata was written by Veda Vyasa. It is the world’s longest known poem with more than 200,000 individual lines and nearly two million words.

The book is part narrative and part story, and details the Kurukshetra War that pitted brothers, the Kaurava and Pandava princes, against one another. It’s also equal parts devotional readings, philosophical musings, and a collection of Hindu legend and history. Though it’s impossible to thoroughly summarize this great book in just a few hundred words, let’s take a look at the central story that runs throughout Mahabharata to get a glimpse inside Vyasa’s writings.

Imagine a football field where a game between two intense rivals is set to take place, and you’ll have the general picture of Mahabharata. On one side, you have the five sons of King Pandu and their friends. On the other side, you have the 100 sons of King Dhritarashtra and their friends. And, they’re not getting ready to play a game, but engage in a pretty serious battle. Something serious is about to happen on the field of Kurukshetra.

The Reason for the War

But, why’s everyone so mad? For much the same reason that countries, foes, and allies get mad even today: a lengthy history of tense relationships, one-upmanship, and political game-playing. Both sides were Indian royalty who simply could not get along. Sound familiar?

The two warring sides, the Pandavas and the Kauravas, were cousins in an all-out war to control the Bharata kingdom in northern India. The Pandavas’ fathers were gods, while the Kauravas were, essentially, demons. So, you’ve got the basic good versus evil script going on here, right? Not surprisingly, the Kauravas were mean and vicious toward the Pandavas and, at one point, used a simple game of dice to take advantage of them and drive them into the wilderness for more than a decade.

When the Pandavas made good on their losing end of the bet, the leader of the Kauravas still refused to give the Pandavas’ portion of the kingdom back to them, and, as you probably guessed, things only went downhill from there.

The Start of the War

Each side rounded up their best soldiers, friends, and allies and prepared to engage in this epic battle. There were many deaths, but the Pandavas were eventually victorious in the 18-day struggle. For most, it was a troubling victory, because without the ability to think on the level of the divine Gods, the whole thing didn’t make much sense; but then, a lot of wars seldom make sense to the average person.

True to form, the war didn’t solve much. The period after the war was a time of uneasiness and discontent. A sacrifice was offered by the Pandavas to try to offset the wrongness of the war. The leader of the Kauravas lives the remainder of his life in exile, while the remainder continue being unruly. The Pandavas come to realize it is time for them to set out on their final journey to leave the earth and ascend to Heaven. This involves a strange ritual of a long walk until the body gives out.

Over 79,000 lessons in all major subjects

To unlock this lesson you must be a Study.com Member.
Create your account