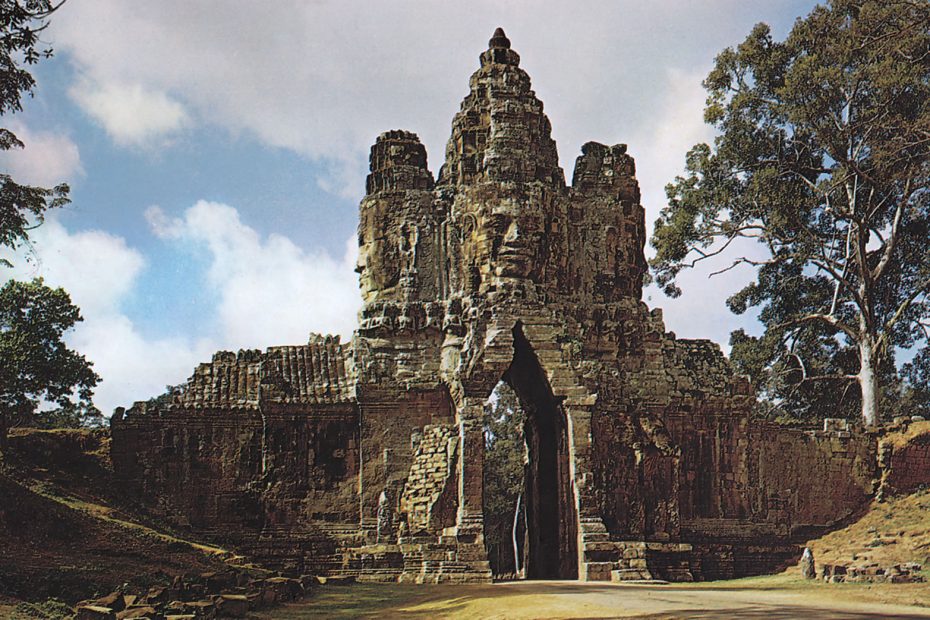 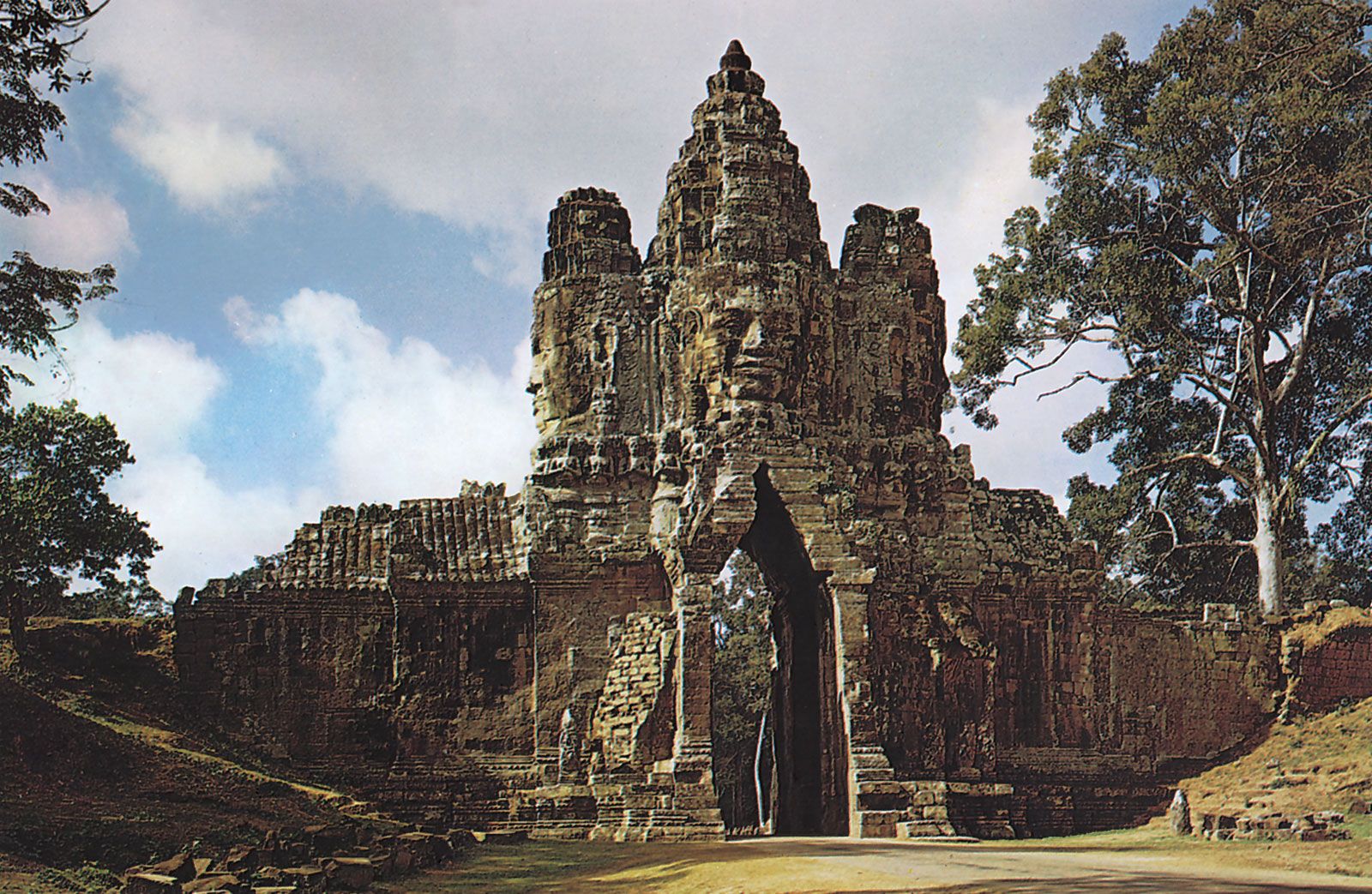 Mahabharata, (Sanskrit: “Great Epic of the Bharata Dynasty”) one of the two Sanskrit epic poems of ancient India (the other being the Ramayana). The Mahabharata is an important source of information on the development of Hinduism between 400 bce and 200 ce and is regarded by Hindus as both a text about dharma (Hindu moral law) and a history (itihasa, literally “that’s what happened”). Appearing in its present form about 400 ce, the Mahabharata consists of a mass of mythological and didactic material arranged around a central heroic narrative that tells of the struggle for sovereignty between two groups of cousins, the Kauravas (sons of Dhritarashtra, the descendant of Kuru) and the Pandavas (sons of Pandu). The poem is made up of almost 100,000 couplets—about seven times the length of the Iliad and the Odyssey combined—divided into 18 parvans, or sections, plus a supplement titled Harivamsha (“Genealogy of the God Hari”; i.e., of Vishnu). Although it is unlikely that any single person wrote the poem, its authorship is traditionally ascribed to the sage Vyasa, who appears in the work as the grandfather of the Kauravas and the Pandavas. The date and even the historical occurrence of the war that is the central event of the Mahabharata are much debated.

The Mahabharata (“Great Epic of the Bharata Dynasty”), a text of some 100,000 verses attributed to the sage Vyasa,…

The story begins when the blindness of Dhritarashtra, the elder of two princes, causes him to be passed over in favour of his brother Pandu as king on their father’s death. A curse prevents Pandu from fathering children, however, and his wife Kunti asks the gods to father children in Pandu’s name. As a result, the god Dharma fathers Yudhishtira, the Wind fathers Bhima, Indra fathers Arjuna, and the Ashvins (twins) father Nakula and Sahadeva (also twins; born to Pandu’s second wife, Madri). The enmity and jealousy that develops between the cousins forces the Pandavas to leave the kingdom when their father dies. During their exile the five jointly marry Draupadi (who is born out of a sacrificial fire and whom Arjuna wins by shooting an arrow through a row of targets) and meet their cousin Krishna, who remains their friend and companion thereafter. Although the Pandavas return to the kingdom, they are again exiled to the forest, this time for 12 years, when Yudhishthira loses everything in a game of dice with Duryodhana, the eldest of the Kauravas.

The feud culminates in a series of great battles on the field of Kurukshetra (north of Delhi, in Haryana state). All the Kauravas are annihilated, and, on the victorious side, only the five Pandava brothers and Krishna survive. Krishna dies when a hunter, who mistakes him for a deer, shoots him in his one vulnerable spot—his foot—and the five brothers, along with Draupadi and a dog who joins them (Dharma, Yudhisththira’s father, in disguise), set out for Indra’s heaven. One by one they fall on the way, and Yudhisthira alone reaches the gate of heaven. After further tests of his faithfulness and constancy, he is finally reunited with his brothers and Draupadi, as well as with his enemies, the Kauravas, to enjoy perpetual bliss.

The central plot constitutes little more than one fifth of the total work. The remainder of the poem addresses a wide range of myths and legends, including the romance of Damayanti and her husband Nala (who gambles away his kingdom just as Yudhishthira gambles away his) and the legend of Savitri, whose devotion to her dead husband persuades Yama, the god of death, to restore him to life. The poem also contains descriptions of places of pilgrimages.

Along with its basic plot and accounts of numerous myths, the Mahabharata reveals the evolution of Hinduism and its relations with other religions during its composition. The period during which the epic took shape was one of transition from Vedic sacrifice to sectarian Hinduism, as well as a time of interaction—sometimes friendly, sometimes hostile—with Buddhism and Jainism. Different sections of the poem express varying beliefs, often in creative tension. Some sections—such as the Narayaniya (a part of book 13), the Bhagavadgita (book 6), the Anugita (book 14), and the Harivamsha—are important sources of early Vaishnava theology, in which Krishna is an avatar of the god Vishnu. Above all, the Mahabharata is an exposition of dharma (codes of conduct), including the proper conduct of a king, of a warrior, of an individual living in times of calamity, and of a person seeking to attain moksha (freedom from samsara, or rebirth). The poem repeatedly demonstrates that the conflicting codes of dharma are so “subtle” that, in some situations, the hero cannot help but violate them in some respect, no matter what choice he makes.

The Mahabharata story has been retold in written and oral Sanskrit and vernacular versions throughout South and Southeast Asia. Its various incidents have been portrayed in stone, notably in sculptured reliefs at Angkor Wat and Angkor Thom in Cambodia, and in Indian miniature paintings. 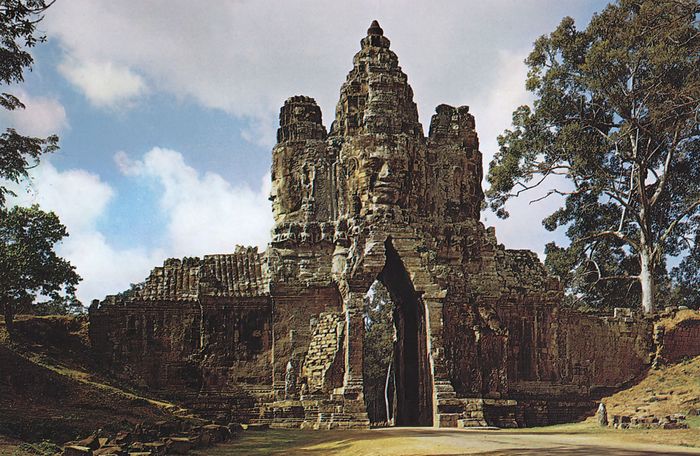