Know about the Durga Shakti Peeth in Pakistan’s Balochistan 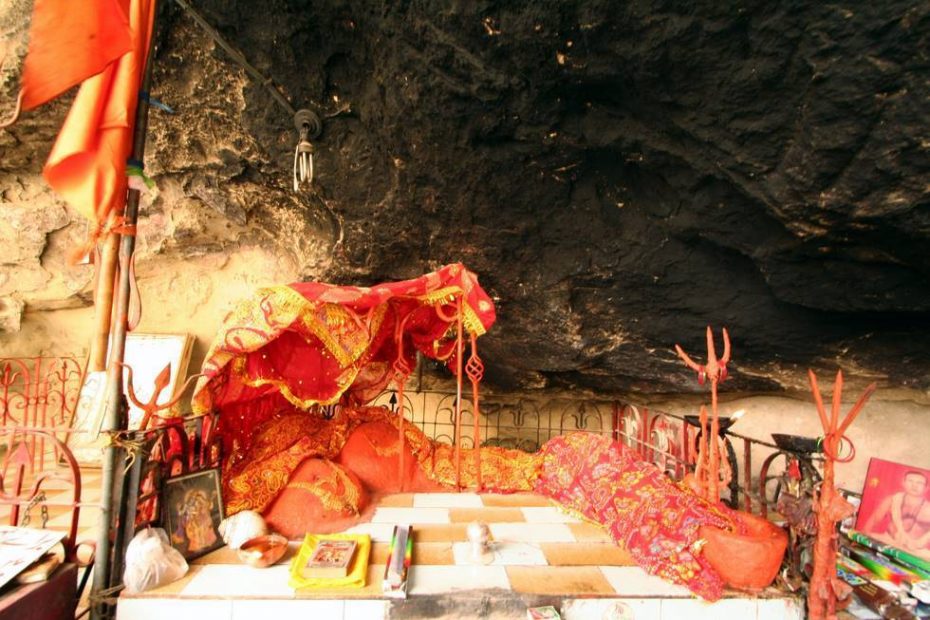 Hindu religion is vast, and hence it has spread its wings in every corner of the world. There are many renowned and unique temples of the gods of Hindu origin in different countries, and one such temple is the Hinglaj Mata temple. What makes this holy shrine peculiar is the place where it is situated, i.e. a town on the Makran coast in the Lasbela district of Balochistan, Pakistan. This Durga Shakti Peeth in Pakistan encounters heavy footfalls of devotees throughout the year. It is also known by the names of Hinglaj Devi, Hingula Devi, and Nani Mandir. Scroll down and gather some more knowledge about the ancient temple.

The chief legend is related to the creation of Shakti Peethas. Sati, the daughter of Daksha Prajapati was married to Lord Shiva against his will. He once organized a great yajna where he did not invite his daughter Sati and her husband Shiva. Noticing their presence he vilified them and unable to withstand the insult, Sati committed suicide by jumping into the sacrificial fire. She died, but her corpse remained unburnt. All drenched in grief; Lord Shiva then wandered the universe with her body. Finally, Lord Vishnu dismembered her body into 108 parts, out of which 52 fell on the earth while others on different planets, forming the Shakti Peethas. The head of Sati is believed to have fallen at Hinglaj hence giving birth to the Hinglaj Mata temple.

Another legend narrates the story of the tyranny of the two sons of Vichitra; Hingol and Sundar. During the Treta Yuga, the people under their reign were bullied and tormented. To free people from their persecutions, Lord Ganesha slew one of the brothers, Sundar. After his death, the people asked Devi, the Hindu Goddess to rescue them from Hingol. She agreed to kill him and followed him to the cave, which today is called the Hingol shrine. Before dying, he requested the goddess to give the place his name. Maa Durga Devi granted his wish, and now this area is known as Hinglaj Mata Asthan.

Significance of the temple

The local Muslims worship Hinglaj Mata and provide security to her cave. They call the temple as ‘Nani Mandir’, meaning maternal grandmother’s temple. The Goddess is called as Bibi Nani who might be considered similar to the Goddess Nana, that is seen on Kushan coins and was worshipped widely in Central and West Asia. Following the ancient tradition, the Muslim tribes here also take on to the holy pilgrimage which is also known as the ‘Nani ki Haj’.

Annual Pilgrimage to the temple

The four-day yearly pilgrimage to the Hinglaj Devi is organized every year in April. The main ceremony of the pilgrimage takes place on the third day during which the priests recite mantras to invoke the local gods so that they accept the offerings brought by the pilgrims, and bless them. These offerings primarily consist of three coconuts. Pilgrimage to the site traditionally begins from the Nanad Panthi Akhada of Karachi. The pilgrims are headed by a chaadiar who is a holy staff bearer authorized by the Akhada, the Hindu organization of sadhus.

Pilgrims from all over Pakistan and India visit the temple, holding the customary red-colored banners and wearing red-gold beautiful head-scarves. These scarves have been associated with Hindu Goddesses since many sanctuaries, and in this case, they are a symbol of devotion towards Hinglaj Mata.

The journey initially was of more than 150 kilometers on foot through the desert, but now it has been made easy by the building of Makran Coastal Highway connecting Karachi with Gwadar. Hinglaj is 4 hours drive from Karachi on the Makran Coastal Highway. Moreover, with this easy reach, the number of pilgrims has substantially increased over the years.

This temple is proof that Hindu dharma not only exists in Pakistan but also is also widely followed in some part. The Hinglaj Mata temple is a place where the Muslims and Hindus gather together for the worship of the same deity forgetting about their religious and cultural differences. It inevitably brings the statement; God is one, and so are we to existence.