Guru Purnima (Asadha Purnima, Vyasa Purnima) is a festival where many Hindus and Buddhists pay respect to their Guru or spiritual guide. It is observed on the full moon day, Purnima, in the Hindu month of Ashadh, which is usually June or July. 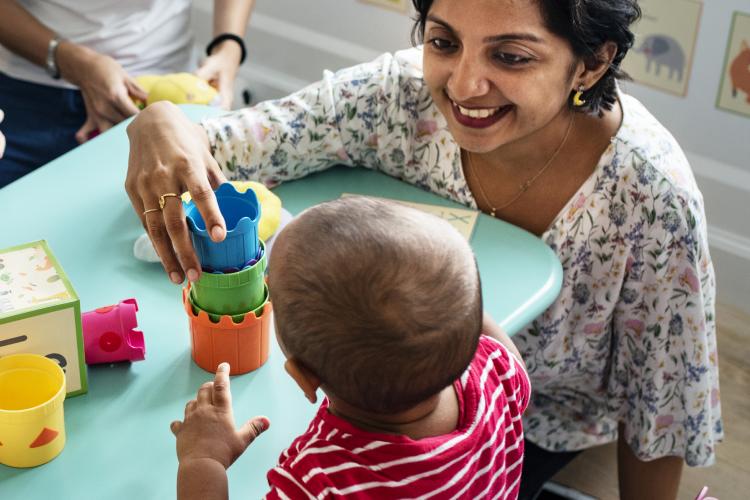 Guru Purnima is a day to thank teachers, guides, and mentors.

What Do People Do?

Many Hindus and Buddhists observe Guru Purnima by visiting a temple and giving floral offerings and symbolic gifts. It is customary to fast and spend the whole day in prayer to seek the guru’s blessing. The festivities are usually followed by a feast where kripa is distributed. This includes prasad and charnamrita – literally nectar of the feet, the symbolic wash of Guru’s feet.

Many focus and meditate on their guru’s teachings and expressing gratitude for his blessings and guidance. Special recitations of the Hindu scriptures are read all day to honor the remembrance of all gurus, as well as singing of bhajans and religious hymns. Many organize a special kirtan session and haven so devotees can gather at the ashrams, matha or place where the seat of the Guru exists.

The primary activity for Hindus during Guru Purnima is the ritual of puja, which honors the Guru’s holy feet or a pair of his sandals. This ritual can be seen as a way of rededicating the significance of the Guru and recommitting themselves to follow their teacher’s guidance and teachings for the coming year. The puja is a grand event in many areas and is preceded by a festive procession.

Guru Purnima is a national holiday in India, so government offices and many businesses are closed on the day of Holi. It is not a nationwide public holiday in countries such as Australia, Canada, the United Kingdom, and the United States but some cities may hold large celebrations for the occasion.

A guru is a personal teacher or guide who has already attained spiritual insight. They are often regarded as a link between the individual and the immortal. Guru Purnima is the day to honor your guru, pay your fees, and give them presents. Hindus celebrate Guru Purnima in the honor of the great sage Vyasa, who was born on this day to sage Parashara and fisher woman Satyavati. He is seen as the original Guru of the Hindu Dharma, who edited the four Vedas, wrote the 18 Puranas, the Mahabharata and the Srimad Bhagavata.

The feet of the guru is an important part because all nerve currents terminate in the feet where vital energy points relating to every organ of his physical and inner bodies are there. Touch the feet and we touch the spiritual master. Worshipping the feet of the guru is also an acknowledgement of one’s respect and knowledge that by following his footsteps we will attain spiritual perfection.

Offerings on this day include flowers, fruits (a lime is traditional) and a piece of unstitched cloth for renunciate gurus. These items are presented in a basket or on a metal tray, as well as a dakshina, which is a monetary gift wrapped in a betel leaf. In ancient days, gurus received gold from the king and cows from the wealthy in hopes that their schools would sustain and that they would freely share their wisdom.

We diligently research and continuously update our holiday dates and information. If you find a mistake, please let us know.