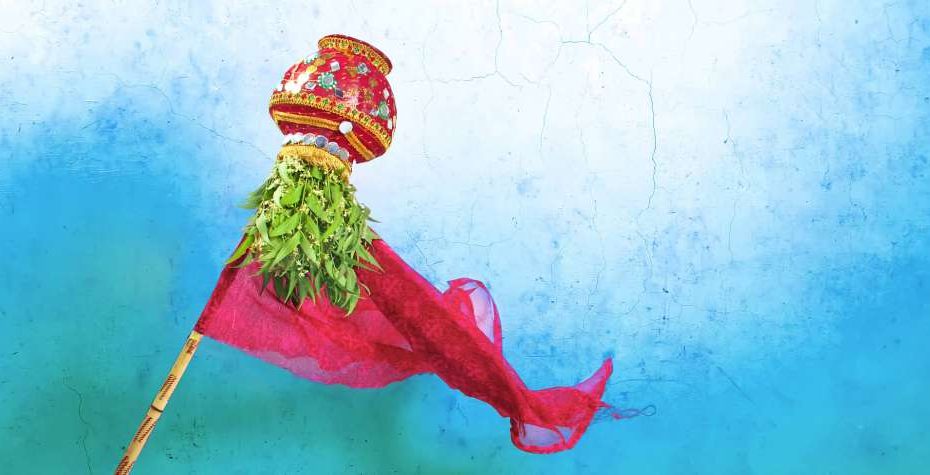 When is Gudi Padwa?

This regional Indian holiday is the traditional new year for Marathi Hindus. It also marks the start of the civil year among Hindus, particularly in the central Indian states of Maharashtra, Andhra Pradesh, and Karnataka.

Gudi Padwa, also known as Gudi Padva, is celebrated on the first day of the Chaitra. This means it usually falls in late March or early April in the Gregorian calendar and generally takes place on the same day as Cheti Chand in Gujarat and Ugadi, which is celebrated as the Telugu and Kannada New Year in the Deccan region of India.

Many observe this day by erecting a special Gudhi flag consisting of a silk banner with a garland of flowers and leaves and topped with an upturned drinking pot. The Gudhi is displayed from windows, roofs or trees.

The Gudhi is said to represent the flag of Brahma as mentioned in the Brahma Purana, an ancient Hindu text, as according to religious tradition, Lord Brahma created time and the universe on this day. It is generally thought of as a good luck symbol to ward off evil and bring prosperity.

On Gudi Padwa, it is customary to visit friends and family, do some spring-cleaning and dress up in new clothes.