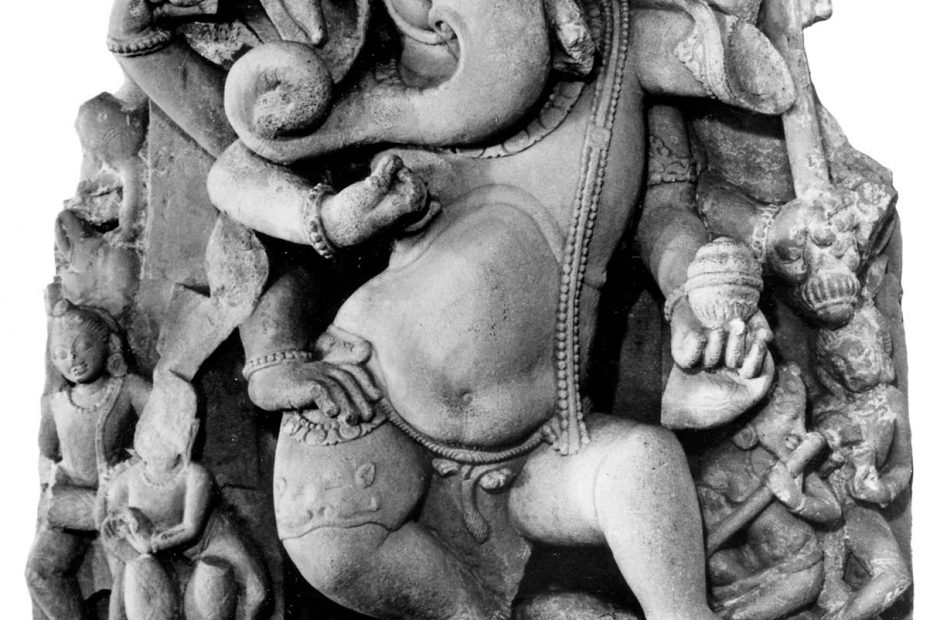 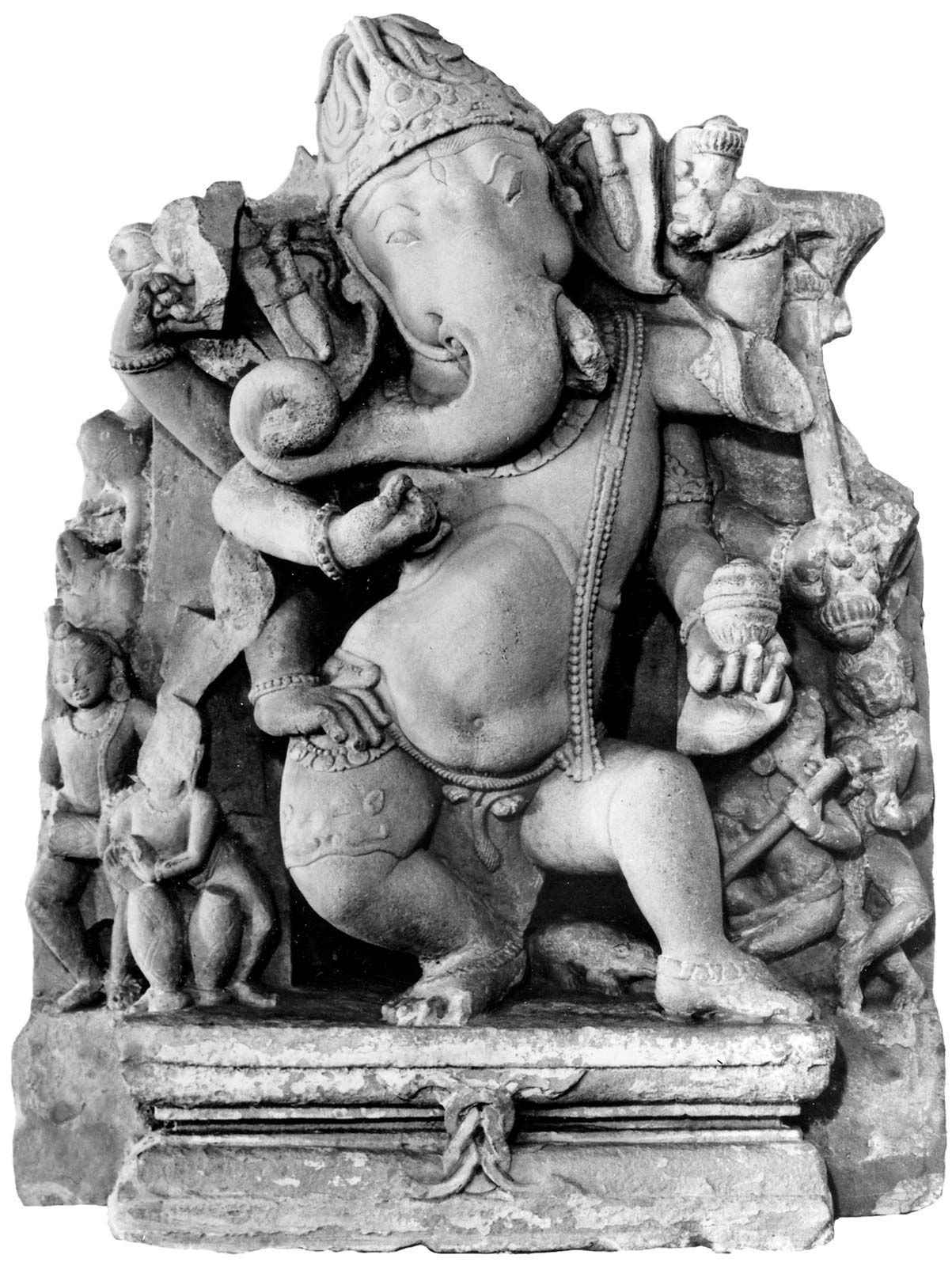 Ganesha, also spelled Ganesh, also called Ganapati, elephant-headed Hindu god of beginnings, who is traditionally worshipped before any major enterprise and is the patron of intellectuals, bankers, scribes, and authors. His name means both “Lord of the People” (gana means the common people) and “Lord of the Ganas” (Ganesha is the chief of the ganas, the goblin hosts of Shiva). Ganesha is potbellied and generally depicted as holding in his hand a few round Indian sweets, of which he is inordinately fond. His vehicle (vahana) is the large Indian bandicoot rat, which symbolizes Ganesha’s ability to overcome anything to get what he wants. Like a rat and like an elephant, Ganesha is a remover of obstacles. The 10-day late-summer (August–September) festival Ganesh Chaturthi is devoted to him. 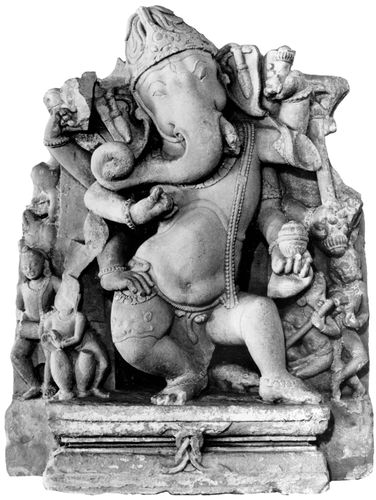 Many different stories are told about the birth of Ganesha, including one in which Parvati makes her son out of a piece of cloth and asks her consort, Shiva, to bring him to life. One of the best-known myths, however, begins with Parvati taking a bath and longing for someone to keep Shiva from barging in on her, as was his habit. As she bathes, she kneads the dirt that she rubs off her body into the shape of a child, who comes to life. But when Shiva sees the handsome young boy—or when the inauspicious planet Saturn (Shani) glances at him, in some variants of the myth that attempt to absolve Shiva of the crime—he or one of his attendants cuts off the child’s head. When Shiva cuts off an elephant’s head to bestow it on the headless Ganesha, one of the tusks is shattered, and Ganesha is depicted holding the broken-off piece in his hand. According to this version of the myth, Ganesha is the child of Parvati alone—indeed, a child born despite Shiva’s negative intervention. Yet Ganesha is traditionally regarded as the child of both Shiva and Parvati.

In some parts of India Ganesha is depicted as celibate, but in others he is said to be married to both Buddhi (“Intelligence”) and Siddhi (“Success”). Yet other traditions give him a third wife, Riddhi (“Prosperity”).