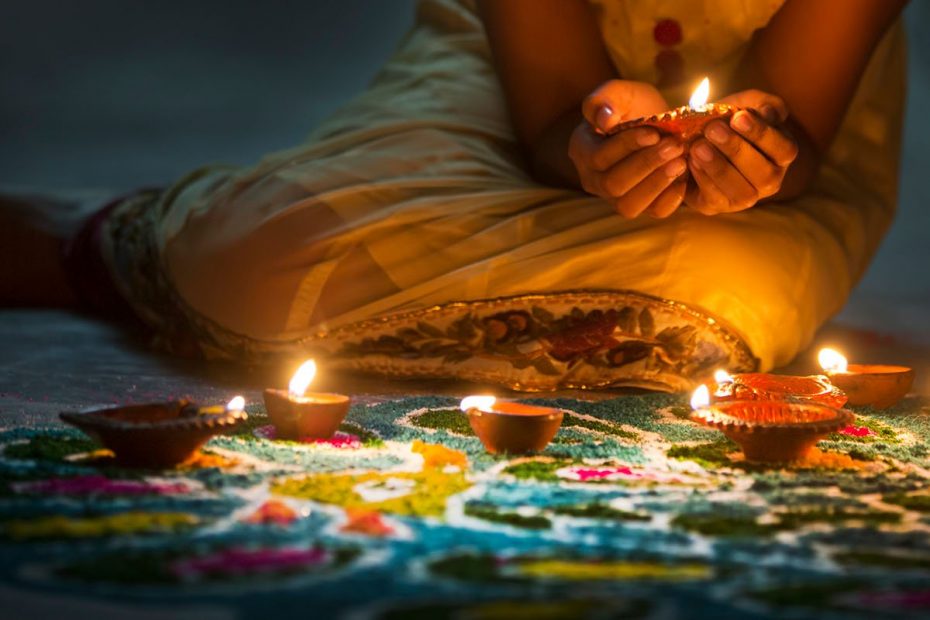 Deepavali is the most festive holiday of the year for the world’s Hindus, and it is an official public holiday in many countries with significant Hindu populations, including Malaysia.

The date of Deepavali is determined by the Hindu lunar calendar, and so its date on the Gregorian calendar varies from year to year.

There are several different legendary backgrounds for Deepavali celebrations in the Hindu writings. One story tells of how Rama returned to reclaim his throne after a 14-year banishment. Because the night when he returned was exceptionally dark, the people of his city lit clay lamps at all their houses, thus lighting the path as he made his way to his throne.

Others see Deepavali as a time to honour Lakshmi, the Hindu goddess of prosperity and light clay lamps at their homes so she can find them and bless them. Either way, the clay lamps which you see lighting up homes and businesses during Deepavali are the reason it is also known as “the Festival of Lights.” The more abstract meaning of the festival is a symbolic display of the triumph of light (good) over darkness (evil).

Hindus traditionally rise early on Deepavali, in the wee hours of the morning to prepare for the day. First of all, they take a ritually prescribed herbal oil bath, which is meant to represent the washing away of one’s past sins. A family prayer service will then often be held in homes, and some will also go to a local temple for additional rituals and acts of worship.

Houses are decorated with colour-paper lanterns and with “kolam” this time of year. Kolam refers to intricate, temporary floor designs made out of dyed rice and colourful powders. Kolam take much practice to perfect, and you will appreciate the ones you see inside shopping malls and other public places. If possible, try to “get invited” inside a Hindu house to view the beautiful kolam patterns. Since Deepavali is a time for open houses among Hindus, they will probably invite you before you can even ask.

Other Deepavali practices in Malaysia include: attending fireworks displays and setting off small firecrackers, giving children gifts of money enclosed in purple or yellow packages, and eating an abundance of sweet and savoury foods and sharing them with neighbours. One Malaysian snack you simply must try is called “murukku.” It is basically deep fat fried rice noodles shaped into a spiral and infused with cumin or sesame seeds. Rice pudding is also very popular.

A few ideas on what to do should you visit Malaysia during the Deepavali festival are:

Deepavali festival is a major holiday in parts of Malaysia, mostly among Hindus, and it is a time when Hindus invite those of other religions into their homes to see how they celebrate what, to them, is the most important day on the calendar. There is no doubt that the Festival of Lights in Malaysia will be as much a learning experience to tourists as it is religious experience to local Hindus.